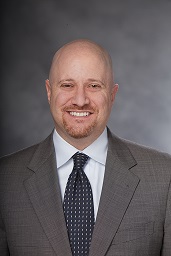 Alan Tecktiel is the Senior Director, HR Client Solutions for McDonald’s Corporation. He assumed this role in April, 2011.

In this role, Alan leads a team that provides HR and recruiting leadership to all of the Corporate Headquarter functions. He and his team partner closely with the leadership of each function to improve capability and talent to ensure a deep pipeline of future leaders. In addition they work to help foster a high engagement and performance culture.

Alan joined McDonald’s Corporation in April of 2002 as an HR Business Partner in the corporate Human Resources group. In that role, he supported IT, Operations, HR, Supply Chain, Marketing, Menu, and Insights.  During that time, Alan was instrumental in the creation and building of the Corporate Talent Acquisition function (TAG)

Prior to joining McDonald's, Alan worked for Amoco Corporation and BP, where he served in a number of varied roles including Compensation, Training, and Generalist. Between Amoco and McDonald’s, Alan worked for a company called Comdisco as the HR leader of a $1B unit. Alan developed expertise in mergers, acquisitions, divestitures, outsourcing, and bankruptcy over these years.

Alan holds a Master’s degree in Labor and Employee Relations and a BS in Psychology from University of Illinois in Champaign. He also holds professional designations in Human Resources Management (SPHR). Alan has served as the President of his Graduate school’s alumni board, as incoming co-chair for the HRMAC Western Suburban Interest Group, in addition to being a consultant to the Board of Directors for Community Support Services, a local non-profit.

Alan is passionate about talent development and leadership coaching. In 2012 he led his team in the development of a social media strategy in 2012 including work on employment branding.

Official Member of the University of Illinois Alumni Network